Why are Earthworks Endangered?

Unfortunately, all of the great earthwork complexes built by the Hopewell Culture have been badly damaged.

Nearly all the giant geometric complexes were built on sites that were later considered ideal for farming. As more and more settlers moved into Ohio in the early 1800’s, these sacred sites were converted into agricultural crop fields. Two hundred years of plowing has taken its toll, spreading carefully planned earthen structures ever wider and lower. Embankment walls that were once ten feet high and fifty feet wide are now just barely discernible rises in farm fields.

For example, magnificent Hopeton Earthworks, part of Hopewell Culture National Historical Park, was measured and mapped by Squier and Davis in the 1840’s. It is one of the few earthworks of which they also drew a picture. At this point, the forest had been cleared, but farming had not yet begun. The mysterious parallel walls that run toward the Scioto River are still covered in forest. 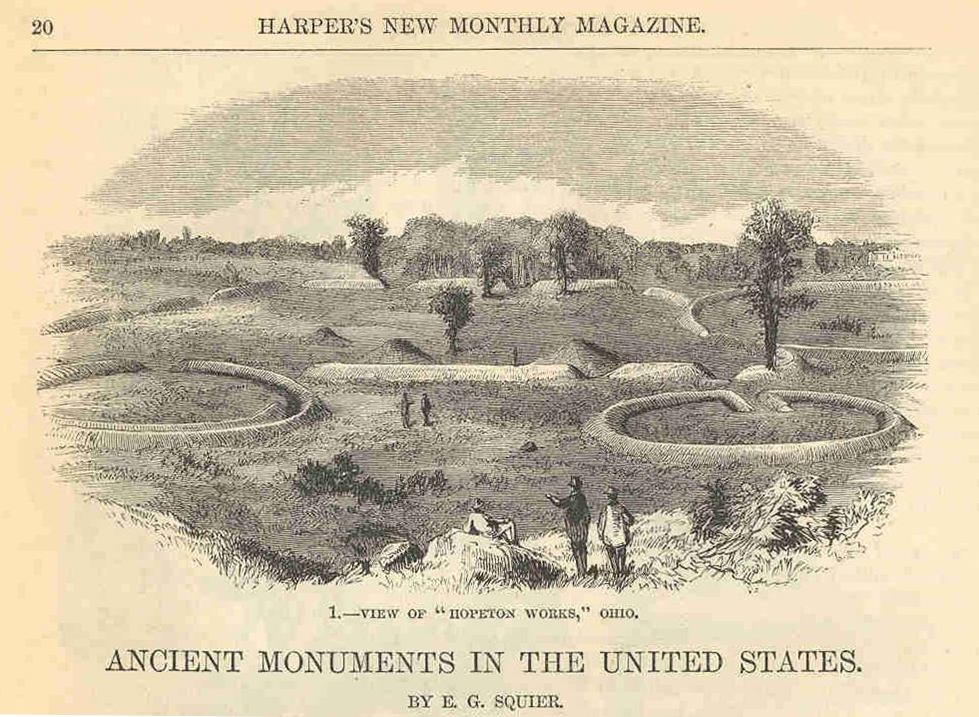 Unfortunately, plowing began soon after, and then, starting in the 1950’s, mechanized plowing accelerated the process of destruction. The series of aerial photos below shows the degradation. 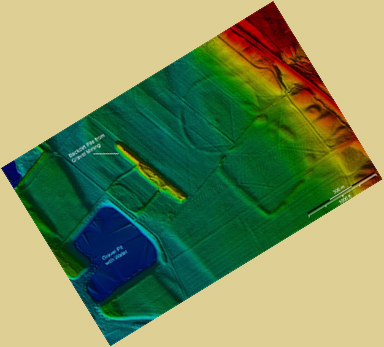